Jan 12, 2022
Interview with The Source – Powerhouse singer Stephanie Braganza is on a mission.

Oct 13, 2021
Interview with The American Reporter: Stephanie plans to change the way women are treated and perceived in this industry and hopefully make a brighter future for everyone along the way.

RealFurFilm is an educational documentary about the true cost of fur on animals in the fashion industry; interview with Stephanie.

Stephanie performs at virtual concert, Rise Up Mississauga – A Concert of Hope, to provide cheer, hope, and inspiration during the pandemic.

“Chains Of Silence is aggressive in its sound, intent and expressions, controlled powerfully by the resounding grace, confidence, courage and sheer skill of an artist with real insight & genuine talent.” – Sleeping Bag Studios

“Chains of Silence reaches out to touch, caress and grab you!” – TunedLoud

“Stephanie Braganza’s international single and video ‘When We Last Kissed’ … is nearing 150,000 views on YouTube” – The Wire Service

Braganza’s ‘When We Last Kissed’ video on the Bulletin

Stephanie gets on Hype Machine 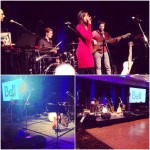 Stephanie at the Ritz-Carlton 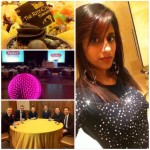 Performance at the AGO – Art Gallery of Ontario earlier this year, in which former United States President George W. Bush was in attendance. 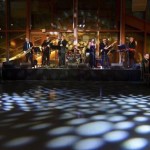 Interview at TO Lifestyle

“I’ve had the pleasure of working with Stephanie Braganza, directing her new music video ‘When We Last Kissed.’ Stephanie has a true independent spirit and shows talent that’s outside of the typical pop-dance box. Stephanie is leading the pack of a new generation of pop artists with conviction. She’s got a lot more to offer than just a pretty face and pretty voice.” – Juno nominated singer-songwriter and music video director – Skye Sweetnam

“I feel like I have just stumbled upon musical gold…Stephanie Braganza’s “When We Last Kissed,” is not just a song. It is a piece of art. I can’t wait to hear her next masterpiece.” – Melissa Nastasi – Review You

“This powerhouse vocalist has been recognized for weaving a sonic tapestry neatly blending elements of commercial pop, electro, and dance styles to create an exciting yet mainstream sound.” – Interview with TOinitiative

“Stephanie Braganza… gave a strong start to the afternoon, not only representing South Asian talent but women as well.” – Shruti – Urban Asian

“She just has a beautiful voice. She can handle virtually anything”        – Mike Beggs – Mississauga News

“…her music is metaphorical that has “to do with society’s struggle with the pursuit of happiness, and its after-effects – such as escapism.” – Asma Amanat – Generation Next

“With the sonic tapestry in songs that have an uncanny ability to hit a common nerve, there are only bright things ahead for her.”– Dan Brisebois – Canadian Bands