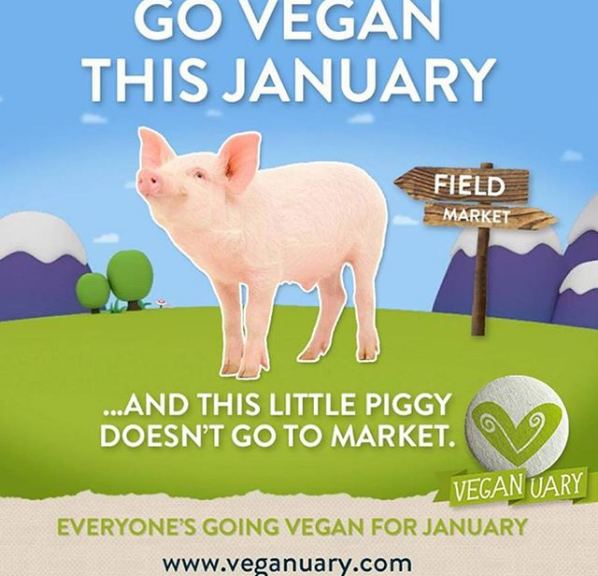 1. Slim down and become energized: Vegans on average are up to 20 pounds lighter than meat-eaters are. Going vegan is the healthy way to keep the excess fat off for good while leaving you with plenty of energy.

3. A healthier, happier you: According to the Academy of Nutrition and Dietetics, vegans are less likely to develop heart disease, cancer, diabetes, or high blood pressure than meat-eaters are. Vegans get all the nutrients that they need to be healthy, without all the nasty stuff in meat that makes you sick.

4. Vegan food is delicious: As the demand for vegan food skyrockets, companies are coming out with more and more delicious meat and dairy alternatives that taste like the real thing but are much healthier and don’t hurt animals.

5. Meat is gross: Meat is often contaminated with feces, blood, and other bodily fluids—all of which make animal products the top source of food poisoning.

6. Help feed the world: It takes tons of crops and water to raise farmed animals! All that plant food could be used much more efficiently if it were fed directly to people. The more people who go vegan, the better able we’ll be to feed the hungry.

7. Save the planet: Consuming meat is actually one of the worst things that you can do for the Earth. It causes enormous amounts of pollution, and the meat industry is also one of the biggest causes of climate change.

8. Look sexy, be sexy: Vegans tend to be thinner than meat-eaters and have more energy. (Guys: The cholesterol and saturated fat found in animal products don’t just clog the arteries to your heart. Over time, they impede blood flow to other “vital” organs as well.) Plus, what’s sexier than someone who’s hot AND compassionate?

9. Pigs are smarter than your dog: Animals used for food are every bit as intelligent and able to suffer as the animals who share our homes are. Pigs can learn to play video games, and the intelligence of chickens has been compared by scientists to monkeys.